Just a couple of weeks ago I shared my concern that coyotes were coming too close to our rabbit cage. This week’s story of celebrity mountain lion “P-22” invading the Los Angeles Zoo grounds and eating one of the koalas–read HERE if it isn’t too upsetting for you–is one of the reasons I’m reluctant to do much hiking in our local mountains.

The Santa Monica Mountains and the San Gabriel range are home to thousands of species, many very large, and our drought conditions have certainly enticed them to come down and prey on whatever food source they find available. I don’t put myself in positions where I might become that food source, so my wanderings in the natural world are confined to more public places. I’m only pretend to be John Muir in my imagination.

These past few weeks I’ve been sharing some of the beautiful settings at the Huntington Botanical Gardens, but recently I headed back with no purpose  other than to wander and just enjoy some quiet. There are usually large crowds, but the grounds are such that I can always find places to be entirely alone.

One aspect of being away from the crowds is  tuning my attention to the little sounds I might otherwise miss. I often hear the rustle of leaves or a little chirp I don’t recognize and it’s pure pleasure searching to find the little creatures going about their daily routines. 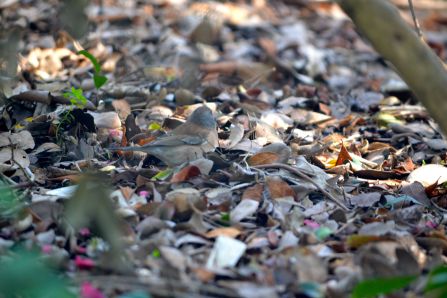 These little partners were foraging in the underbrush, camouflaged in the dirt and leaves. I heard them scratching and digging and only an occasional little chirp. I would have missed them entirely if I hadn’t been listening.

But what most caught my attention was the very fascinating “dance” going on between two Monarch butterflies.

You might have to look carefully to see that this is two Monarchs. I wasn’t at first sure what I was observing. Okay, I’ll be honest. I thought they were dead! 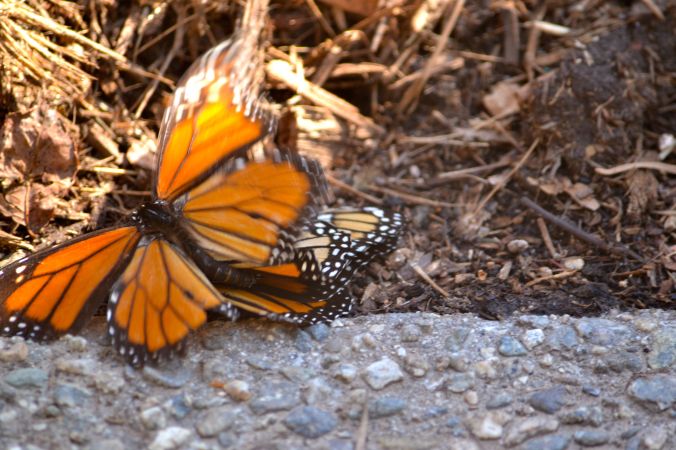 They were so still I thought someone had harmed them! Once I saw movement I was relieved, but then curious as to how we had monarchs so early in the spring. Where was their food source?

Watching this mating process was quite fascinating. My rapt attention drew a crowd. We watched with such delight. Given all the concern about declining monarch populations this one small act was hopeful.

The act can take a long time, so I eventually moved on and left them to do what nature tells them to do. But I had questions. I was told by my local garden center to cut back my milkweed and not to encourage monarchs to “linger,” rather take away their food source and encourage them on their migratory path.

I use my walks at the Huntington to increase my gardening education. 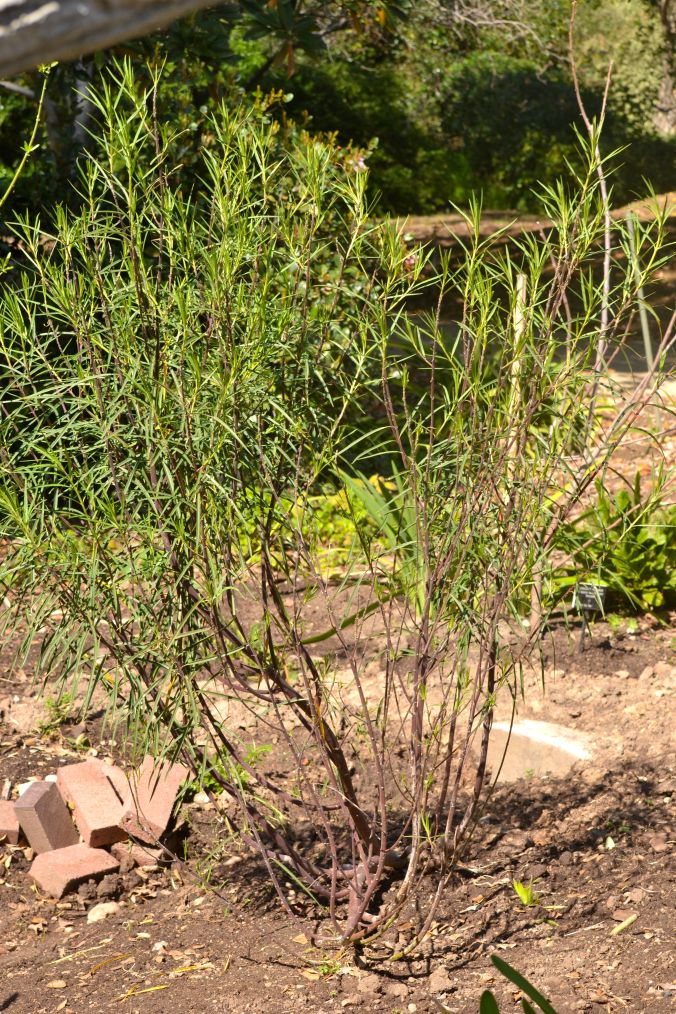 I found several milkweed plants right behind where I had been standing. These had obviously not been cut back in the fall as I had been instructed, and here we have evidence of mating monarchs.

I am including my Monarch butterflies in Jude’s March challenge to photograph backyard wildlife.  These little butterflies are very small examples, but I suspect they’re as important as our hungry predator mountain lion, Mr. P-22.

I’m trying very hard not to think about the koala.