In recent blog posts I’ve shared about our February visit to Sterling Vineyards and a smaller boutique winery, August Briggs. Some of the comments I received were complimentary of the photography or information I’d shared about the region, but also included comments that since the reader didn’t drink wine, a winery tour might not be in their best interest. 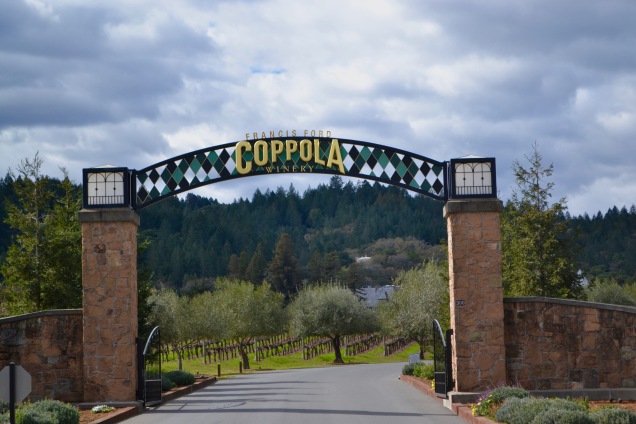 That’s a reasonable observation.  But let me tell you a little something about the Francis Ford Coppola Winery and see if it doesn’t turn your head! 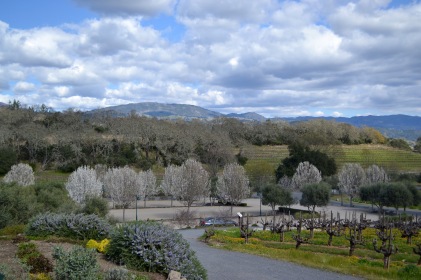 This extraordinary winery is located in Geyserville, a small city in Sonoma County situated on the Russian River and surrounded by distant mountains.

There’s no debate that the Coppola Winery is surrounded by exquisitely peaceful beauty.

Add to that the fact that the winery and estate vineyards are certified by the California Sustainable Winegrowers Alliance, a statewide program providing third-party verification of a winery’s commitment to sustainability. The Winery is part of the Sonoma County Winegrower’s commitment to become the nation’s first 100% sustainable wine region by 2019.

Music to my ears. But then there’s so much more! 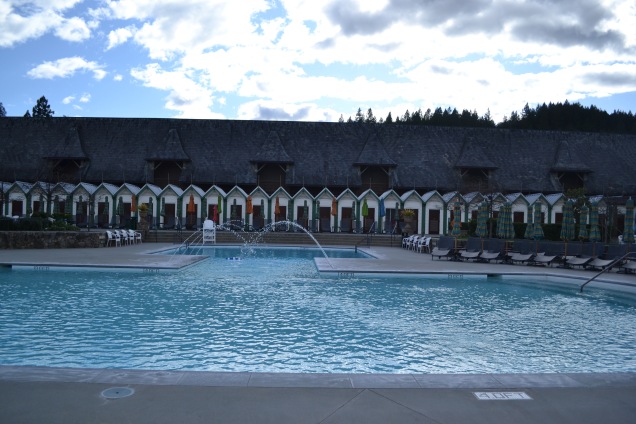 Two connected swimming pools bordered by European-style dressing rooms/cabins with showers, are open to the public on a reservation basis.

Included in the elegant “amusement park” guests have access to a sunbathing terrace, movie gallery, a performing arts pavilion and a park with game tables and bocce courts.

Our visit felt very much like a visit to the Coppola home.

And wouldn’t a famed director have his Oscars and movie memorabilia in his home?

Marlon Brando’s desk from the Godfather sits prominently in one room, commanding a great deal of attention. It’s a beauty! 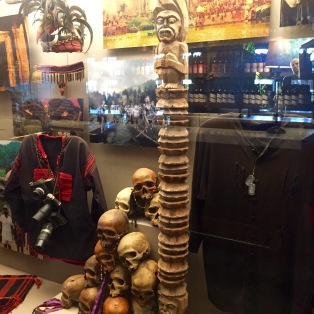 And to show you just how large this estate really is… 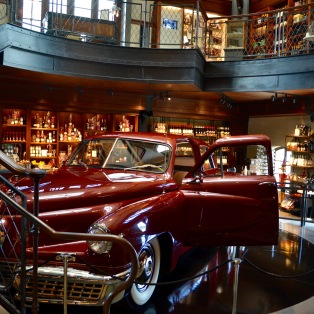 How about the gorgeous and elegant 1948 Tucker Sedan used in the movie Tucker: The Man and His Dream?

There is so much to see! 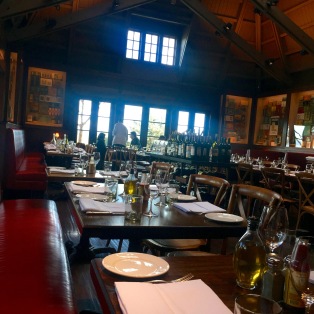 Elegant dining is available and I promise you I could go on and on.

We’re likely not able to travel to this region again this year, but I would like to seriously consider visiting next year some time between April and November when the pool is open for reservations. I have added “swimming as a guest of Francis Ford Coppola” to my must-do list!

With all the grandeur, remarkably it still feels like someone’s lovely home. I made mention of this to the server attending to our lunch. She immediately added that I had captured what Francis Ford Coppola had wanted the public to experience.

He was successful in achieving a sense of hospitality that surprises.

We even located a Little Free Library. 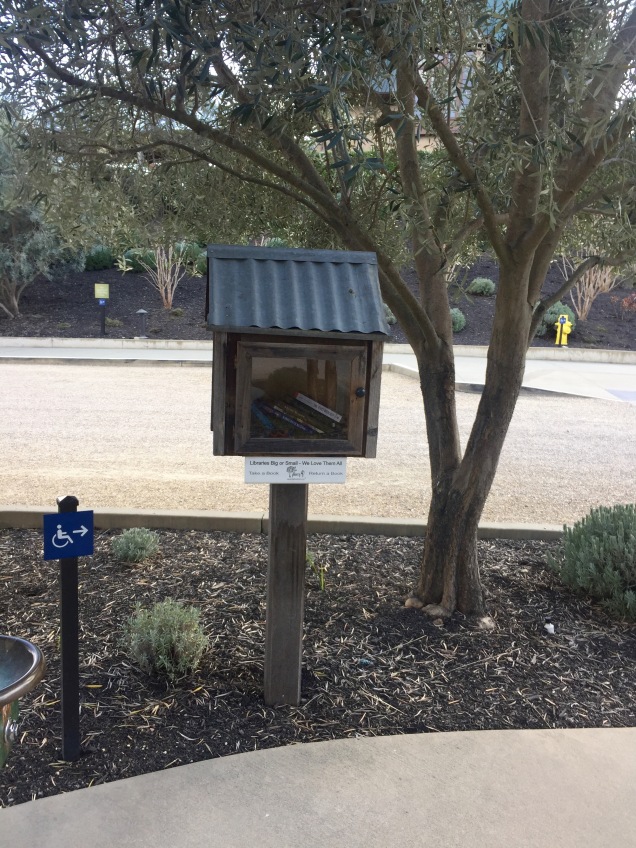 Wine tasting is a pleasure for the enthusiast, but have I convinced you that there is often much more to enjoy?

Maybe one day I can meet you poolside!

46 thoughts on “A visit to Francis Ford Coppola’s “house””